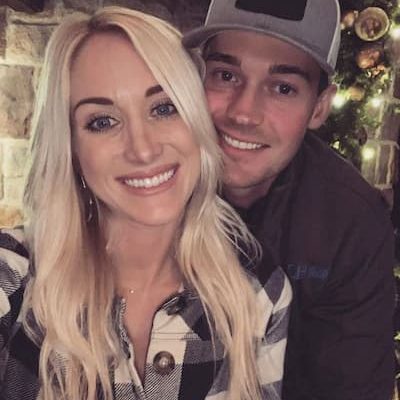 Erin Bradshaw is a world champion equestrian and the daughter of Terry Bradshaw, a former professional football player who was a quarterback for the Pittsburgh Steelers in the National Football League.

Erin is the daughter of Terry Bradshaw and Charla Hopkins Bradshaw. Her father Terry is a former NFL quarterback who played for the Pittsburgh Steelers in the National Football League (NFL). He played for 14 seasons and won four Super Bowl titles in a six-year period (1974, 1975, 1978, and 1979), becoming the first quarterback to win three and four Super Bowls, and led the Steelers to eight AFC Central championships. In 1989 he was inducted into the Pro Football Hall of Fame. He has been a television sports analyst and co-host of Fox NFL Sunday since 1994.

Erin is the daughter of Charla Hopkins Bradshaw, Terry’s third wife. She is an attorney and shareholder for the law office, KoonsFuller, PC. Charla got married in February 1986 on the Texas Woman’s University campus at Denton, Texas. At the time she was a law student who had been working in Houston.

Erin is the younger sister of Racheal Bradshaw and a step-sister to Lacey Hester-Luttrull.

Erin is married to Scott Weiss, the couple got married in 2017. On May 6, 2016 at the Milestone Barn, Aubrey, Texas at a private ceremony. Weiss shares the love of horses with Erin and is the owner of Scott Weiss Show Horses, a company that produces 10 to 15 foals each year, harbored and trained into world-class horses.

Happy Anniversary Baby!!! I wouldn’t want to do life with anyone else, thank you for finding me and loving me the way you do! I love you so much! ?

As of 2020 Erin has no children but she has a horse named John Simon which to as her baby.

Her net worth is unknown but her father has an estimated net worth of $15 million.

Erin has a horse named John Simon, she even posed with her horse at her wedding

Gosh I miss his face! ? Contemplating just putting my wedding dress on again and doing allllllll the photos with John. I need to ask my husband if we can go ahead and renew our vows early so we can bust out #Berta with John. Worth a shot, right?! ???‍♀️?

In 2019 Erin and John won Amateur Senior Western Pleasure at PHA World Champions for the sixth time in a row.

Erin is a cast member of E!’s reality show, The Bradshaw Bunch which debuted in September. The show gives an intimate look at Terry Bradshaw, through his life at home in Texas with his wife, Tammy Bradshaw, and their family.

I know that YOU know that you’re watching ?? #TheBradshawBunch tonight at 8/9 central on @eentertainment!