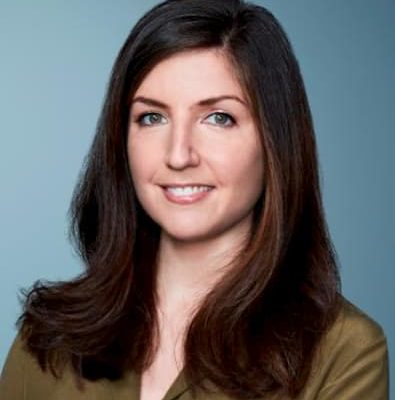 Erica Orden is an American media personality working as a crime and justice  reporter for CNN and  based in New York.  She previously worked as a  reporter at The Wall Street Journal  and was  the paper’s New York state politics reporter, covering the state legislature and the governor’s office and was also  a reporter at The New York Sun.

Orden was born and brought up in the United States of America. She was born on 30 September but her exact year of birth is not known.

Erica  received a bachelor’s degree in political science from Barnard College and a master’s degree from the Columbia University Graduate School of Journalism.

Her mother’s name is Mannie Orden but she  hasn’t revealed any further information about her parents.

Erica was brought up alongside her two sisters and a brother. Her younger sister’s name is DP Orden as seen on Instagram and her younger brother goes by the name Michael Orden.

Erica is in a  relationship with Wesley Erdelack who was an adjunct professor at New York University from January 2014 to September 2014. She is seen  pictured with him on her Instagram page  on 26 December 2019. The two were also  seen spending quality time together in Athens on 7 September 2019. Moreover, Erica was seen thanking Wesley for the best birthday weekend on 4 December 2018.

It’s not known if she has any kids.

Orden joined CNN in 2018 and is a reporter and based in New York. She covers federal law-enforcement and courts in New York, focusing on the US Attorney’s office for the Southern District of New York. She has reported on high-profile stories including the prosecution of President Donald Trump’s former personal attorney Michael Cohen, the case against former Obama White House counsel Greg Craig, who was acquitted at trial, the sex-trafficking charges against multimillionaire Jeffrey Epstein and the investigation of his alleged co-conspirators, the indictments of celebrity attorney Michael Avenatti, the prosecution of Rudy Giuliani’s associates and the federal inquiry concerning Giuliani himself.

Prior to joining CNN , Orden was a reporter at The Wall Street Journal for nearly nine years. At the Journal, she worked as part of the team covering the special counsel’s investigation of Russian interference in the 2016 presidential election. She also covered beats including white-collar crime in New York, with a focus on insider trading and public-corruption cases. For four years, she was the paper’s New York state politics reporter, covering the state legislature and the governor’s office and also worked  as a reporter at The New York Sun.

She has an estimated net worth of $850k.