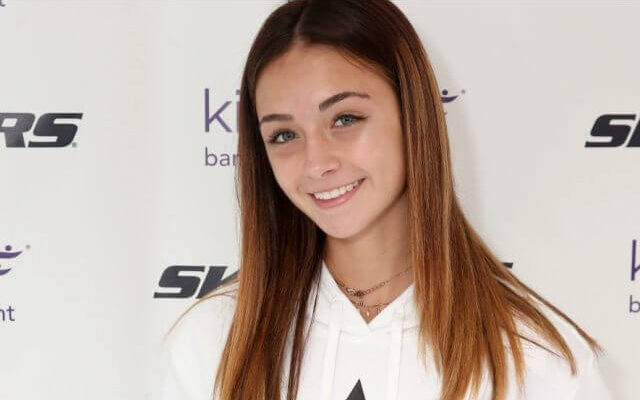 Eric Rohan Johnson who also went by the name Eric Rohan Justin was an 18-year-old from Ellicott City, Maryland who was stalking TikTok star Ava Majury was shot dead in July 2021 by the TikToker father in Naples after he blasted open the front door of the family home at 4:30 am.

Ava Majury’s parents, Rob Majury a retired Jersey City police officer and her mother Kimberly appeared on Good Morning America on Friday, Feb 18 to share more details about the shooting at their home in Naples, Florida. In the interview, they say Eric showed up at the house in the middle of the night and shot open the door, Ava, her mother, and her two brothers ran to a bedroom but her father Rob, grabbed his gun and went to the front of the home where he shot Justin after his gun jammed. The teenager was never pictured and died in the hospital.

Eric Jonnson’s father was named by The Times as Justin Dominic, a software engineer who is divorced from Justin’s mother and was working in India. In his statement, he said that his son chose to stay in America rather than move to India with him in 2015 after his parents divorced and that he had no idea he was stalking Ava.

In his statements, he described him as a nice kid who was doing well in school. “He was a nice kid. I’m at a loss for words. I don’t know what went bad with him,” Dominic went on to say, “He made a bad choice,’ he said, adding that his son was a good student who did well in math at Mount Hebron High School in Ellicott City.”

Eric Rohan Johnson became dangerously obsessed with Ava Majury, 15, who is a rising social media star with more than 1.2 million followers on TikTok and more than 300,000 Instagram followers. The TikToker does videos that regularly get well over 100,000 views, she lip syncs and dances to pop songs.

Eric allegedly sent Ava hundreds of messages on social media and even paid her classmates for information about the TikToker, according to her family. Her parents say that they allowed their daughter to sell Johnson two selfies for $300. It was after that that he started asking her for explicit photos, the family said. She defended it on Friday, telling GMA she did it to stop him from contacting her friends. I had an opportunity to actually text this person and said ‘Hey, she’s a minor and you need to not contact her anymore,’ and we notified the authorities,” her dad in the interview to NBC said.

Johnson was however not deterred, he arrived at their doorstep with a gun and shot through the front door in Naples on July 10, 2021. With him also were cell phones with hundreds of photos of her on them.
He was then shot dead by Ava’s dad Rob who said on Friday he did what he had to do to protect his family. As to how Eric found her address remains unclear. Ava in the interview said there is a boy at her school who was following her in December 2021, and who had communicated with Eric Justin over text. Police at the time described it as a home invasion. They did not name any of the parties involved.

Ava makes up to $1,700 per video across her three TikTok accounts and is currently being homeschooled in fear of stalkers.