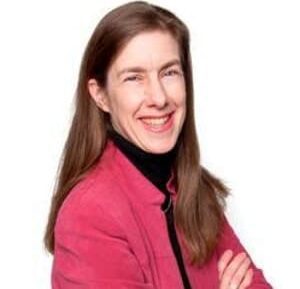 Elizabeth Talbot is a British antiques valuer and auctioneer. She is one of the experts on BBC’s Flog It! and Bargain Hunt. She is a director and co-owner of TW Gaze auction and also the President of the Lowestoft Archaeology & Local History Society.

She is married to Michael Talbot.

Talbot is a mother to twins girls.

Elizabeth serves as TW Gaze auction rooms director. According to their website, she joined TW Gaze in 1995 after training with Messrs. Henry Spencer & Sons of Retford. In the 1990’s she qualified as a member of the Incorporated Society of Valuers and Auctioneers and became a member of the Royal Institution of Chartered Surveyors in the late 1990’s.

Talbot is an auctioneer and antiques dealer. She developed her passion for antiques at an early age as her family used to visit the museums. She began learning the antiques trade in the mid-1980’s and soon became the youngest female auctioneer in the country.

She has since risen through the ranks to become the first female partner at TW Gaze, the Norfolk-based auction firm she has worked for since 1995, and now co-owns.

Her specialist is the Victoriana and the Arts and Crafts period of the late 19th and early 20th centuries. She is a great supporter of heritage projects around East Anglia including the work of museums. In 2019 she was appointed President of the Lowestoft Archaeology & Local History Society. She presides as an auctioneer at the annual Lowestoft Porcelain auctions and is also an honorary member of the Hornby Railway Collectors Association.

She is an expert on BBC’s FlogIt! and also makes regular appearances on the “Bargain Hunt”. She is also a resident antiques expert on BBC Radio Norfolk. She also appeared as an expert valuer on the precursor to many of today’s antiques shows the BBC’s “Going for a song”.