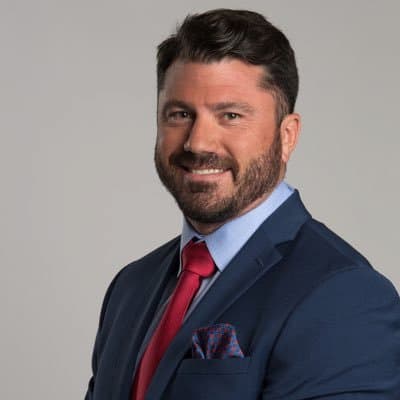 Dustin Fox is a former corner-back in the National Football League. Currently, Dustin Fox works as a college football analyst for ESPNU and ESPN3. He also is currently a pregame/postgame commentator for the Cleveland Browns Radio Network and a radio personality for Cleveland sports radio station WKRK-FM (92.3 The Fan) in Cleveland.

He earned a first-team Division I Associated Press All-Ohio pick on defense as a junior and senior at GlenOak High School, where he also played football. Fox was a four-year starter for Ohio State, which won the Fiesta Bowl to win the BCS National Championship in 2002. He earned a bachelor’s degree in communications.

There is no information yet released to the public about his parent.

He has been married to his wife Nicole Troyer since 2004.

He is a loving father of two, a son and a daughter.

Fox works as a college football analyst for ESPNU and ESPN3. In addition to his ESPN duties, Fox is the anchor of CBS Cleveland’s 92.3 The Fan’s Afternoon Drive show “Bull and Fox” and a co-host on “Inside the Cleveland Browns.” On game days, he may be heard all throughout the Cleveland Browns Radio Network. Fox began working as an Ohio State Buckeyes football analyst for Cleveland ABC station WEWS channel 5 in 2010.

Dustin was a four-year starter at cornerback at Ohio State University, where he was a captain. In 2002, he assisted in the team’s win of the BCS National Championship. As a sophomore and senior, he played football and earned a first-team Division I Associated Press All-Ohio pick on defense. He threw 12 interceptions and rushed for 1,250 yards and 12 touchdowns.

Additionally, on December 30, 2000, he played in the first-ever US Army All-American Bowl game. Fox also competed on the school’s track team as a sprinter and jumper, as well as being a member of the 4 x 100-meter relay team. With a personal-best leap of 6.76 meters, he finished 9th in the long jump at the 2001 Ohio State Championships. He also clocked 10.83 seconds in the 100-meter dash.