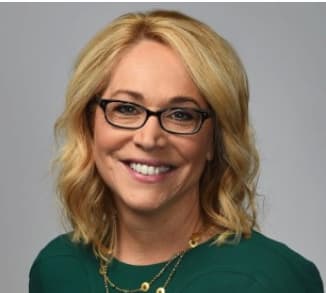 Doris Burke (née Sable) is an American sports commentator and analyst.  for ESPN and ABC. She previously worked as a WNBA analyst for MSG and has also worked for the New York Knicks. Burke was the first female commentator to call a New York Knicks game on radio and television

Sable was born in West Islip, New York, on April 11, 1965. She was born in New York and relocated to Manasquan, New Jersey when she was seven years old. She began playing basketball in the second grade as the youngest of eight children.

Burke went to Providence College. For four years, she was a part of the Providence Friars women’s basketball team as a point guard. Burke topped the Big East Conference in assists her first year. She was named to the Big East Women’s Basketball Tournament all-tournament team twice and was a second-team All-Big East player once.

She was named the college’s Co-Female Athlete of the Year as a senior in 1987. She was the all-time leader in assists when she departed Providence, and she was still second in that statistic in 2012. In 1999, she became the fifth woman to be inducted into the Providence College Hall of Fame. Sable obtained a bachelor’s degree in health service administration/social work and a master’s degree in education from Providence.

She has not revealed details to the public yet about her parents.

Burke was previously married to Gregg Burke. They are now divorced. Gregg is now the head golf coach at the University of Rhode Island.

She is a mother of two, Matthew Burke who is an assistant at Mike harbor indoor golf, and Sarah Burke who is a judicial law clerk to Judge Gary S. Glezer.

Burke is a Hall of Fame broadcaster and one of the most well-known NBA analysts. She has covered the sport for more than three decades. Burke made history as the first female game commentator for the NBA Finals when she delivered commentary on ESPN Radio in 2020. Doris was named national NBA game analyst by ESPN prior to the 2017-18 NBA season, making her the first woman to hold the role full-time.

Moreover, in 2010, she was cast as the new sideline reporter in the NBA 2K11 video game by 2K Sports. since then, she’s been in every edition of the game, including the most recent, NBA 2K21. Burke took over for Doug Collins, who left ESPN to join the Chicago Bulls, but remained on the sidelines for the conference finals and NBA Finals until 2019. She presently joins play-by-play Mark Kestecher on ESPN Radio to call the conference finals and the NBA Finals.

Additionally, she has worked as a top analyst for the NBA, women’s and men’s college basketball, and the WNBA. She also covered the NBA Finals for ABC as the lead sideline reporter. Burke has been covering basketball for ESPN since 1991. She has received numerous awards and honors, including the WISE Women of the Year Award in 2017.  Burke made history in 2000 by becoming the first female radio and television commentator for a New York Knicks game.

Along with that, she was also the first woman to commentate for a Big East men’s game and the first woman to be the major commentator for a men’s college basketball conference package. She worked as a sideline reporter for ABC during the NBA Finals from 2009 through 2019.

Her salary is estimated at $87 thousand annually.

She has garnered a networth of approximately $ 2 Million