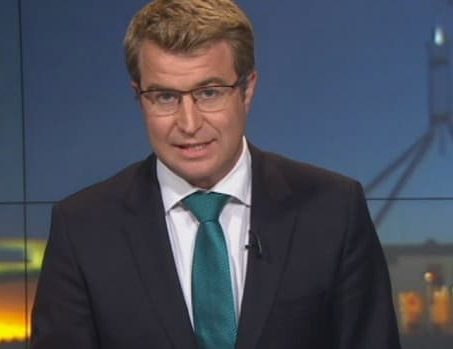 David Lipson is an Austrian journalist serving as the Washington bureau chief for ABC Australia. He used to be the Indonesia correspondent and has previously worked as a political correspondent for Lateline.

David is married although the name of his wife is unknown. During an interview, he revealed that when he was deployed to cover a series of suicide bombings in Surabaya. His wife had just delivered their first child.

“We’ve got to care for this baby! I don’t know how people do it, let alone if you’re a single mum or in a country that doesn’t have the sort of care that we have. But as a sign of just how tired we were, we drove home from the hospital, I put my wife and the bub to bed and then I just went to bed as well”

David joined ABC News in January 2016 as a political correspondent for Lateline. He is currently the Washington bureau chief for ABC Australia. He previously served as an Indonesian correspondent, he covered the Surabaya suicide bombings.

In December 2010 he became the US Correspondent for Sky News Australia. He reported on the International Affairs and US politics from Washington DC. He conducted regular live crosses and filing packages with Australian perspective on events in, or related to, United States.

He also served as a Federal Politics reporter from Parliament House, Canberra. He was the host of Saturday Agenda and back-up host for AM Agenda and PM Agenda

David’s net worth is under review.