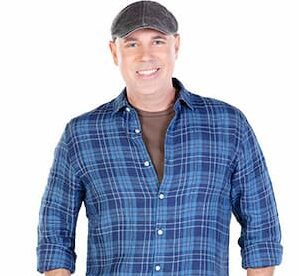 Dave Wilson is a former country music singer and television personality. He and his then-wife Kortney Wilson hosted HGTV’s Music City Fix, Masters of Flip and Making it Home with Kortney and Dave.

Dave is a Canadian national.

Dave was married to Kortney Wilson for 14 years (since 2005 but had been together since 2001). The couple met when Dave, who was living in London, England at the time, had gone to Nashville for two weeks on a writing vacation. They met through a mutual friend fellow Canadian, and Songwriter, Deric Ruttan. A month after their encounter Kortney said she called her parents and informed them she had fallen in love. Dave on the other side called his band saying he wasn’t going back to London. They became roommates and then got married.

Kortney is a former country singer and award-winning real estate agent. She is also the founder of home décor line Kort & Co. Kortney began interior design by teaching herself through online guides and magazines as she worked toward her realtor license. Shortly after, she started an award-winning real estate team and incorporated her passion for interior design into flipping and restoring run-down homes.

On December 19, 2019 the couple announced that they were separating. They did not reveal the reason behind their separation.

Dave and his ex-wife Kortney have three children together, two sons; Jett Wilson and Sullivan “Sully” Wilson and an adopted daughter Lennox Esmee Wilson, 11, whom they adopted in 2007.

Since divorcing his wife Kortney, Dave has not revealed whether he is dating or not.

Dave was an aspiring musician who was in a four-piece band and living in London. He later moved to Nashville, Tennessee and signed a solo deal with Lyric Street Records. Kortney was also signed to the same record company.

They were both released from the label in 2003. In 2006 they teamed up to perform as a duo, The Wilsons. In 2009, they became the stars of Meet the Wilsons, an eight-part, half-hour series directed and edited by Bill Filipiak airing on CMT in Canada. The show debuted in the United States in December on CMT with a four-episode marathon. In June 2010 they released their self-titled album. They lost their recording deal and turned to renovating and flipping houses in Nashville.

Dave and his now ex-wife Kortney were the hosts of HGTV’s Making it Home with Kortney and Dave whose first season originally premiered on HGTV Canada in January 2020. In the show, the duo helped clients transform their fixer-uppers by using budget-friendly designs to reimagine floor plans and infuse modern elements to increase homes’ functionality and aesthetic. During the second season which premiered in 2021, the show was changed to ‘Making It Home With Kortney and Kenny.’ Dave was replaced by the show’s contractor Kenny Brain.

The couple previously hosted HGTV’s Masters of Flip, which premiered in 2015 and ran for four seasons on HGTV Canada, but only season one and two were shown on HGTV US.

The duo got into real estate after they lost their record deal. They decided to renovate their home which helped them save $30,000. They began remodeling houses in Nashville and flipping at a profit. This saw them land their first reality show, “Meet The Wilsons” on CMT, years into their real estate business. A spin-off of the show, “The Wilson Flip Out,” followed. They later landed the Saturday morning talk show, “Kortney And Dave: By Request.”