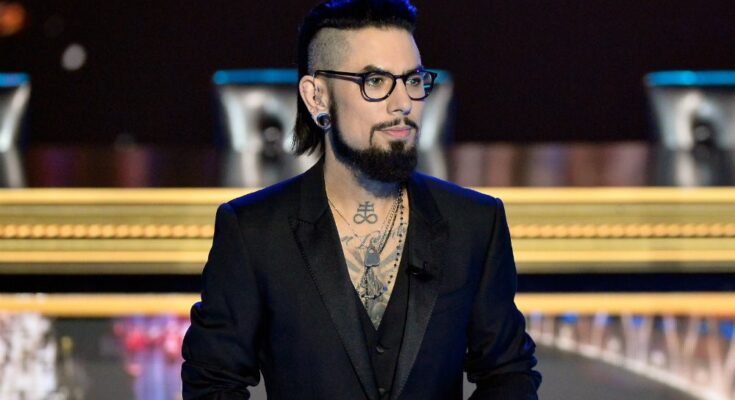 Dave Navarro is a multi-talented musician who enjoys the life of a rock star. No one can say anything against him because every dollar he has is well-deserved, the same as every bit of attention he gets.

Navarro was born June 7, 1967, in Santa Monica, California. He is a musician (singer, guitarist, songwriter) and a television personality. Dave is considered to be one of the first guitar heroes of alternative rock. Dave Navarro plays guitar in the rock band Jane’s Addiction, and he played for Red Hot Chilli Peppers on their album One Hot Minute. Dave also was one of the most important people in Ink Masters, a tattoo-related TV show by Paramount Network.

He’s been married three times. His first wife was Tania Goddard-Saylor (1990-1992), a celebrity makeup artist. She showed her skills in Avatar, The Adventures of Tintin, and Charlie’s Angels: Full Throttle. Navarro’s second marriage to Rhian Gittins lasted only for five days. His third marriage was not a charm, but it was his longest. He was married to Carmen Electra, a famous model (she became famous as one of Playboy’s models) and actress (Baywatch and Scary Movie). Their marriage lasted from 2003 to 2007.

Navarro is famous as a guitar player of Jane’s Addictions, but he had numerous collaborations on albums from other bands (Deconstruction, The Panic Channel). He also demonstrated his skills on a solo album from 2001, Trust No One, where he sings, plays guitar and bass.

Maybe Dave Navarro and John Gilbert Getty met at some rock-themed parties and discussed rock music. Maybe they even had a competition – who can hit the highest note or play some crazy guitar riff. Sadly, that can’t happen again because Getty died in 2020. Hopefully, Dave Navarro will live much longer so we can enjoy his guitar mastery in the years ahead.

Since he is such a diverse person, it’s not a coincidence that Navarro’s net worth is 20 million dollars. His money comes from his greatest love – music and his acting skills.