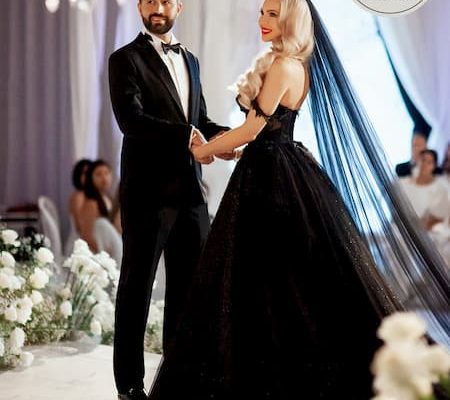 Christian Richard is an American software engineer and businessman who has since retired. He is the husband of Christine Quinn, a realtor and cast member of Netflix series ‘Selling Sunset’. He also made appearance on season 2.

Christian is married to Christine Quinn who is an American reality television personality and realtor. The couple met through a mutual friend who Christine said went to a date with Christian and didn’t like him. The friend suggested she go out with him as she was single at the moment.

Mary Fitzgerald told the other agents that Christine and Christian met at work. “He was her client. She was showing him properties. I think he was dating someone else at the time and somehow she just clicked with him and they got together.”

Christine, however, clarified saying that he became her client after a few months of dating. Christian bought the house and they now live together in the stunning property.

The couple got engaged in February 2019. During their engagement party Christian said of their relationship, “I met you in Beverly Hills not even a year ago. I absolutely fell head-over-heels in love with you … we had an instant banter, which is really special. You don’t get that too often. And I pursued her, she’s a tough catch. But here we are now. She’s amazing, she complements me perfectly we’re building an amazing life together, and I love you so much.”

They got married on December 15, 2019 in a gothic winter wonderland themed private ceremony in downtown Los Angeles.

During an interview with People Magazine Quinn said; “We wanted to get married in December to start off the New Year [as husband and wife]. And a winter wonderland theme with a wicked twist is memorable forever. I’ve always enjoyed being bold, different, and trendsetting. I’ve always wanted to get married in a black wedding dress, and I’m so happy that my dream came true.”

Christian made his debut on Selling Sunset on its second season. Quinn said that he is shy but he decided to do it for her.

“When I met him, he thought I was only in real estate. The show comes out and I’m super quiet about it because I have low expectations, and we’re traveling. In Tokyo and the Bahamas, people started saying, ‘Oh my God, I love you. I love your show.’ After we got back to L.A., we got picked up for another season and I asked him, Do you want to be on it? He said, ‘Oh my gosh, this is so not me.’ He’s really, really shy, but decided to do it for me. He’s on the show quite a bit and, bless his heart, he tries, but [filming] is a really awkward thing. It’s not organic in any way. It’s not reality in any way.”

Christian’s estimated net worth is $ 20 million.