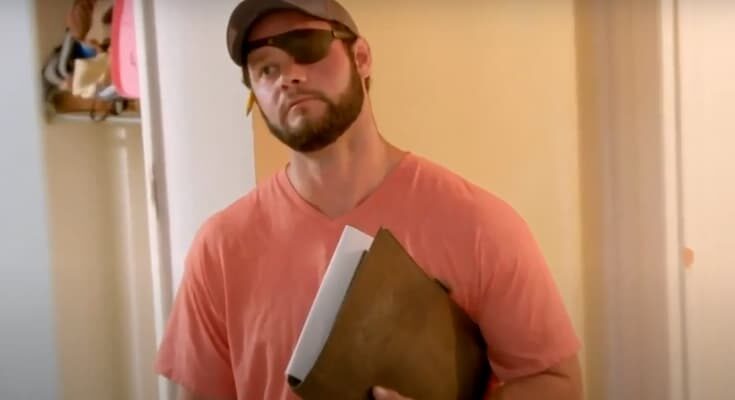 Chase Looney is an American master finish carpenter and former firefighter with the Bentonville Fire Department. He works as a carpenter and construction manager on HGTV’s Fixer to Fabulous. He is also the founder of Chisel and Sawdust.

His actual age is unknown. He was born and raised in Bentonville, Arkansas.

Chase’s father is known as Joe Looney. He is a former firefighter and master carpenter. He at times accompanies Chase on ‘Fixer to Fabulous’. On his blog, Chase wrote that he often accompanied his father on Fire emergency calls and in his wood shop.

He has a wife known as Chelsie and two children, a son known as Landon and a daughter known as Lucy.

Chase lost his eye on July 4, 2017 in a tragic accident days after filming the pilot episode of Fixer to Fabulous.

According to his blog, he was with his family and more than 50 people ready to enjoy the July 4th. ” Before the rain and storms hit we decided to light the large 3″ mortars. (for those unaware this is a 3″ ball of flaming American glory that blasts out of a small tube-like cannon around 80 miles per hour roughly 210 feet in the air.) I’ve played this over and over a million times in my head and the clearest memory I can gather in that fog was that after lighting the fourth mortar in a rush to beat the rain I quickly lit the fifth mortar. I believe the concussion from the fourth tube exploding tipped the fifth tube over after I had just lit it. Here’s where God has placed me. He needs me here at this exact moment, in this exact position, making this mistake. Standing directly in front of that mortar that had just tipped over. He has started his show.

When the explosion went off I remember everything stopped. There was a deafening boom, a burst of light, and in the chaos of that moment, everything around me slowed down. It was quiet. it was calm, and through the fog and smoke, everything became clear. I could see everyone enjoying the show, i could see my brother-in-law carrying a torch to light the next mortar. I could see everything but i felt nothing. I fell to my knees and then slowly to my stomach. This is when the puzzle came together and i realized what had just happened. I reached up and touched my face. I could feel the trauma and pulling back my hand I saw it was covered in blood. I remember the feeling and fear of blood rushing down my face and into my airway slowly cutting off my ability to breath. See here’s the funny thing about God.”

He underwent 8 hours of surgery but unfortunately, the doctors couldn’t save his eye and it was informed it would be removed.

“The following days in the hospital I was given the news that I lost my eye. That it would have to be removed. That I might not have movement in the left side of my face, and that the scarring would be permanent.”

Looney has a glass eye which was put to replace his real eye which he lost after a tragic accident on July 4, 2017.

Chase was a firefighter/EMT with the Bentonville Fire Department from 2009 until he retired in 2019 after the tragic accident that saw him lose his left eye.

Looney is a master carpenter, who began his apprenticeship as a carpenter in training at the age of 14. He cleaned job sites and in his spare time learned the basics of carpentry. Once he graduated from cleaning crew he was entrusted with trimming out closets.

“My father was kind but honest. If I was going to pursue carpentry I would have to learn that if it was not perfection then it was not finished. years of trial and error molded me into the man all about detail I am today.”

At the age of 20, he became one of the youngest master carpenters in the state of Arkansas. He then began combining his love of art and woodwork and decided to start making custom wood pieces.

He is the founder of Chisel and Sawdust where he custom made products that range from tables, doors, grand opening archways and one-of-a-kind wood designs.

Chase serves as a carpenter and construction manager on HGTV’s Fixer to Fabulous hosted by Dave and Jenny Marrs. He met Dve and Jenny in 2012 while working in downtown Bentonville at the time he had developed a love for the timber harvested locally in Northwest Arkansas. Dave and Jenny shared the same passion for one of a kind homes and restoring Bentonville’s beautiful history. They agreed that harvesting native wood added to the story of these homes.

“Dave and Jenny Marrs create warm inviting homes and i do my best to keep that theme in my pieces. Each piece i create is made with the homeowner in mind.”

Chase and Dave are not related they are just co-workers.

Chase Looney Without the Eye Patch