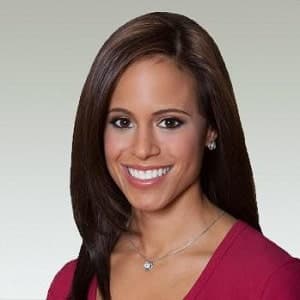 Charly Arnolt is an ESPN sportscaster and TV personality in the United States. She is most recognized for her time as a sportscaster and ring commentator with WWE. She worked under the ring name Charly Caruso from 2016 until 2021. On ESPN’s First Take with Stephen A. Smith and Molly Qerim, she is now a backup host and moderator.

She was born on July 14, 1987, in Indianapolis, Indiana.  As a child, she had a passion for sports and began participating in softball, volleyball, and gymnastics. She had hoped to compete in the Olympics as a gymnast, but owing to injuries, she had to resign from the sport. She also wanted to play volleyball at the university level, but her height prevented her from doing so.

She is a beloved daughter to  Charlene May Arnolt. Her father’s detail is still not been disclosed to the public yet but he has posted him once celebrating him.

She once referred to NBA player Alex Caruso as her brother. Unfortunately, they just share the same name.

She is still single and has not disclosed any information about dating anyone. There have been rumours before of Charly, dating Bachelor Nation star, Shaw Booth who ws previously dating Kaitlyn Bristowe. They had been seen brunching together with friends. She did not clarify anything.

She has no kids of her own yet.

Arnolt is a multi-platform host and reporter who contributes to many of ESPN’s core brands, including First Take and SportsCenter. He joined ESPN full-time in April 2021. She is seen on ESPN+’s SportsNation weekday morning show, as well as other digital shows on the industry-leading sports streaming service. Charly and co-hosts Kimberley A. Martin and Elle Duncan debuted the weekly ESPN podcast First Take, Her Take in January 2021.

Additionally, Charly joined ESPN in September 2018 and has since hosted several episodes of First Take, SportsCenter updates, and SportsCenter on Snapchat. In 2016, she rose to national prominence as the WWE’s Charly Caruso, a host, and backstage interviewer. She hosted a popular radio show and an identity web series, both of which mixed sports, entertainment, and comedy, were also part of his significant broadcasting career.

Along with that, she also worked as an anchor for local FOX, CBS, and NBC stations in Indiana, Missouri, and West Virginia for numerous years, covering the NFL, NBA, IndyCar, and a variety of collegiate sports. Arnolt holds a NASM personal trainer certification.

Her networth has amassed to approximately $1 million