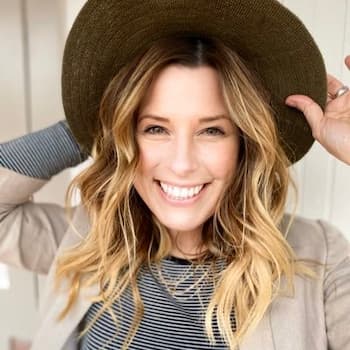 Prior to becoming a designer, she was a full-time actress, dancer and standup comic. She has done commercials for brands like Sears and Kmart and was dancing on a worldwide tour with Mariah Carey. She was about to go on tour with Ricky Martin when she decided to quit. As an actress she appeared on As the World Turns (1956), Greek (2007) and As Advertised (2009).

She attended Lower Cape May Regional High School and after graduating she landed a dancing opportunity on a cruise and decided to forgo her higher education to become a dancer.

Carrie is married to Sky Hoffmann. The couple got married on September 10, 2011. Sky Hoffmann is a professional dancer, choreographer, artistic coach, dance educator and master teacher. Primarily focusing on the urban derived forms of dance and movement. He has worked with -list artists such as, Mariah Carey, “Emancipation of Mimi” Tour”, Michael Jackson, “American Bandstand”, “A Night at the Apollo”, Janet Jackson “Doesn’t Really Matter” VMA’s, Will.i.am and Justin Beiber “Billboard Awards”, Britney Spears “Pepsi”, Beyonce “Dreamgirls” among others. He is primarily known for being Justin Timberlake’s main dancer for two world tours.

The couple seems to have met in the dancing world as Carrie is also a former professional dancer.

Carrie is a former professional dancer who began the career at the age of 17. She danced on Saturday Night Live and on national commercials, as well as stage performances with Jimmy Fallon, James Brown, Mariah Carey and others. “After touring for two years with Mariah, I decided I didn’t want to go back on the road. My friends thought I was ridiculous, but I wanted something different.”

Locklyn is a designer whose love for home design and project management began when she started to organize friend’s homes as a job on the side. In 2011 she founded GIDGLiving: a boutique interior design, home organizing and certified staging company. GIDGLiving helps homeowners and local businesses revive and update their spaces through accessible designs and practical organization.

During an interview with NJ Monthly she said; “I moved to California in 2003 and, in 2006, my boyfriend-now-husband and I bought a foreclosed house. We did some pretty interesting things with it, and word got around. Based on that interior-design project, my new career began to blossom. I was known around L.A. as the get-it-done-girl, so that’s how my GIDGLiving business began.

I spread my wings after friend, fellow artist [and superstar-musician] Prince’s first wife, Mayte Garcia, invited me to help with her homes. She suggested that I do a home-design show. With that thought, we moved back to New Jersey in 2014. I was pregnant, and my goal was to raise a child while building my design business.”

Locklyn is the founder and owner of GIDGliving which she established in 2014 in Los Angeles but is now based in New Jersey. The company is a professional interior design, certified home-staging and organizing company.

“Whether it be Home Staging, Interior Design, Re-design, New Build, Vacant staging, or Project Management, GIDGliving prides itself on the ability to communicate and relate to homeowners, business owners & real estate agents.”

The company has been featured on HGTV, DIY, The Travel Channel, and QVC. Their goal is to create ” a warm, personalized, functional space that speaks to our clientele.”

Carrie was the lead designer of ‘Hotel Impossible’ season 1 on The Travel Channel. The show was hosted by Anthony Melchiorri and involved renovating hotels across America, originating at the request of hotel owners who believe that their establishment is in need of Melchiorri’s expertise. She redesigned a hotel, in North Wildwood, on 25th Avenue.

Carrie is a designer on HGTV’s “Extreme Makeover: Home Edition” hosted. The show was first aired on ABC but ended in 2012. In the show where she appears alongside designers Darren Keefe and Breegan Jane, they face the challenge of a total home renovation across the nation for “hometown heroes” – people who put their families and communities ahead of themselves.

She has also appeared on other HGTV & DIY Network shows such as Don’t Sweat It and Garage Mahal. She has worked as a brand ambassador for brands such as asper, Ford, Ray-Ban, Visa and Samsung.