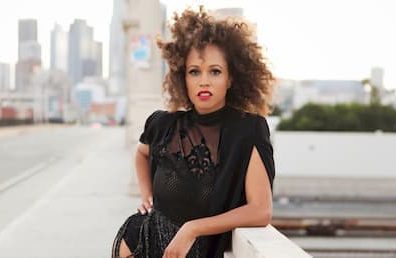 Breegan Jane is an American interior designer, lifestyle expert and television personality. She serves as a designer on HGTV’s Extreme Makeover: Home Edition.

Her actual age is unknown but she celebrates her birthday on January 12.

Jane was adopted by her parents Jerry and Leanne Heuer and was raised in Hermosa Beach, California.

Happy “Birth to My Parents Day” to these two! LOL. It’s a cute spin on the day that is my birthday. Many years ago these special people became parents for the very first time. I’ve learned so much from the examples and life lessons you’ve set before me, but little did I know I was watching you grow right alongside me. Words can never truly express how grateful I am to have you as my first life models. You’re not only amazing parents, but grandparents to my little ones as well. ⠀⠀⠀⠀⠀⠀⠀⠀⠀ Happy Birthday to me, but happy first time parents day to you too. It is only after becoming a mother that I now understand this day belongs as much to you as it does me, if not more. Let’s celebrate each other! As an added bonus, @bay_side_315 and @markuscluse oldest children rule! *wink* ⠀⠀⠀⠀⠀⠀⠀⠀⠀ ⠀⠀⠀⠀⠀⠀⠀⠀⠀ #birthdaygirl #lovingfamily #blendedfamilies #letscelebrate #interracialfamily #interiordesigner #firsttimeparents #californiabeaches #itsmybirthday #happybirthdaytome #breeganjane

She has two adopted siblings; Bailey Heuer and Markus Heuer.

Breegan was married to Robert Kristian Vallas but she filled for divorce in 2016.

Want a quick, delicious and nutritious breakfast option for you and your family? Try the El Monterey® Signature Burrito! #ad These breakfast meals are so easy to prepare my 7-year-old son makes them for the family! He loves nothing more than to get our first meal of the day together – which is great for a working mom that typically doesn’t cook! Satisfying and flavorful, El Monterey® Signature Burritos make our mornings a breeze! Check out my blog post about my family’s experience with these super yummy breakfast burritos, and try them today! ⠀⠀⠀⠀⠀⠀⠀⠀⠀ ⠀⠀⠀⠀⠀⠀⠀⠀⠀ #breeganjane #tasty #healthyfood #burritos #mexicanfood #comidamexicana #foodie #familytime #breakfast #goodmorning #breakfastideas

Breegan is an experienced and accomplished interior designer. She worked as a creative director and marketing professional for a luxury yacht manufacturer. She staged yachts in-house and traveled internationally for consultations with her Dubai clientele.

Her work includes designing the interiors for Leona Venice, an award-winning restaurant, a technology company in Silicon Beach, and Native Restaurant, named one of the “15 Hottest Restaurants in LA,” in Santa Monica, California. She also served as the director of the creative interior design work for the Somma Way estate in Bel Air.

Jane is a designer on HGTV’S Extreme Makeover: Home Edition ALONGSIDEhost Jesse Tyler Ferguson, carpenter-designer Darren Keefe, and designer Carrie Locklyn. The show is a spin-off of ABC’s show which first aired in 2003 and was canceled in 2012.

Every now and then in this life you meet people who quickly go from strangers to family in a manner so effortless that you wonder if you maybe knew them in a previous life. Darren and Carrie are my “framily”, and I’m so happy I get to travel the globe (figuratively these days) with them doing what I love most. ⠀⠀⠀⠀⠀⠀⠀⠀⠀ ⠀⠀⠀⠀⠀⠀⠀⠀⠀ On the surface @darrenkeefe and I appear to lead drastically different lives, and in many ways we do. But he has been a special part of my support system, always lending an ear to listen when I need it. I love that I can rely on his dependable nature and goodheartedness. ⠀⠀⠀⠀⠀⠀⠀⠀⠀ ⠀⠀⠀⠀⠀⠀⠀⠀⠀ What can I say about my @carrie_locklyn? Carrie and I have a special “mommy bond”, and we talk all the time about things only another mom could understand. I’m missing her hugs more than ever right now. ⠀⠀⠀⠀⠀⠀⠀⠀⠀ ⠀⠀⠀⠀⠀⠀⠀⠀⠀ Australia, you’ve had an opportunity to get to know us, and now I’m so excited to announce that Extreme Makeover: Home Edition will be premiering in Spain on July 7th! I’m so pleased the #HGTVextreme family exists all over the world. So many of these important and uplifting stories will get the chance to be told and heard globally. I’m just grateful I can be a part of bringing sunshine to the homes of many alongside this amazing group of humans. ⠀⠀⠀⠀⠀⠀⠀⠀⠀ ⠀⠀⠀⠀⠀⠀⠀⠀⠀ Check your local listings and the HGTV GO app to find out where you can watch it! ⠀⠀⠀⠀⠀⠀⠀⠀⠀ ⠀⠀⠀⠀⠀⠀⠀⠀⠀ ⠀⠀⠀⠀⠀⠀⠀⠀⠀ ⠀⠀⠀⠀⠀⠀⠀⠀⠀ ⠀⠀⠀⠀⠀⠀⠀⠀⠀ ⠀⠀⠀⠀⠀⠀⠀⠀⠀ ⠀⠀⠀⠀⠀⠀⠀⠀⠀ #hgtv #emhe #extrememakeover #interiordesign #interiordesigner #homemakeover #homerenovation #homeremodel #kitchenremodel #movethatbus #realestate #realtor #australia #spain #breeganjane #nowplaying

She has also been featured on other television talk shows such as ABC’s live talk show, “The Chat,” as well as CW-affiliate KTLA-5’s Morning News. She was also a featured designer on Las Vegas Market’s “Fresh to Follow” segment.

Breegan is a philanthropist who is a lifelong partner of World Vision, where she has helped to raise funds for impoverished women in Africa. And, she helped establish a unique girls school for young Kenyan girls looking to escape the harsh realities of female genital mutilation (FGM).

According to her website, she knew the importance of generosity and charitable works as a young girl. She would save her own money to help buy gifts for kids her age who were less fortunate.

She serves as a board director of Single Moms Planet, where she helps direct programming and events for under-resourced children. She also works with the organization to foster mentorship for single mothers, financial aid for the family, counseling opportunities for individuals or families, and entrepreneurial training for mothers who wish to be future business owners.

Jane is a lifestyle blogger with a goal of uniting, supporting and advising women through motherhood. You can read her latest blog here.

She has an estimated net worth of $5 million,