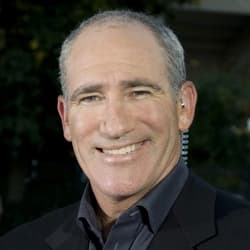 Brad Gilbert is an American tennis coach and former professional tennis player. He has worked as a studio analyst, match analyst, and sideline reporter for ESPN since 2004. He is a tennis analyst for ESPN’s comprehensive tennis programming.

He attended Piedmont High School. Despite being 5-feet, 2-inches tall and weighing around 110 pounds he was a tennis star, reaching only 5-foot-7 and 115 pounds by graduation.From 1980 to 1982, Gilbert attended Foothill College, a junior college in Los Altos Hills, California, where he was coached by Tom Chivington. He won the California Junior College Singles Championship and the US Amateur Hardcourt Championship during this time.

Moreover, Gilbert was named to the American Junior Davis Cup team in 1981. He represented the United States at the Maccabiah Games in Israel in 1981, losing in the men’s singles finals to Israeli Shlomo Glickstein but won gold in doubles with Jon Levine over fellow Americans Rick Meyer and Paul Bernstein. He transferred to Pepperdine University in 1982, where he played for Allen Fox. He was named an All-American and advanced to the finals of the 1982 NCAA Championship, when he was defeated 7–5, 6–3 by Michigan’s Mike Leach

He is a beloved son of Barry Gilbert who was a high school history teacher, and then later started a real estate firm. His mother is Elaine Gilbert.

He is  a brother to Barry Gilbert and Dana Gilbert.

Gilbert is Jewish and has been happily to his wife Kim Gilbert. The duo reside in Malibu, California. Brad Gilbert Tennis Nation is a tennis business in downtown San Rafael, California. Barry MacKay, a tennis player and commentator, was a close friend of his. Gilbert claimed that he lives near Olympian runner Michael Johnson and that while he was Murray’s coach, he introduced Johnson and Murray, who completed a series of sprints together on a nearby track, when covering Andy Murray’s third-round match in the 2011 Australian Open for ESPN.

He is a loving father of three; Zach Gilbert, Julian Gilbert, and Zoe Gilbert.

For nearly a decade, Brad Gilbert was Andre Agassi’s tennis instructor and constant travel companion. Gilbert, a gregarious Californian and former top player, helped Agassi reach No. 1 for the first time in 1995, then helped him reclaim the top spot after falling to No. 141 in 1997.

Gilbert is an analyst for ESPN’s extensive tennis programming, which includes ESPN’s current start-to-finish coverage of three major tournaments: the Australian Open (since 1984), Wimbledon (since 2003, exclusive since 2012), and the US Open (since 2003). (since 2009, exclusive since 2015). He has worked as a studio analyst, match analyst, and sideline reporter for ESPN since 2004. He returned to ESPN in 2008 after leaving in 2006 to coach Scotland’s rising star Andy Murray.

Additionally, Gilbert was a professional tennis player from 1982 until 1995, winning 20 championships and reaching the finals of another 20 tournaments. While at Pepperdine, he was an All-American and NCAA singles finalist in 1982, compiling a 519-288 overall record. Gilbert later coached Andy Roddick to the US Open victory and number one ranking in 2003. His website, bradgilberttennis.com, contains everything from his thoughts on the top players and budding fresh talent to technique hints and restaurant recommendations on the tour.

He’s also the author of Winning Ugly, a book that explains how an ordinary player may beat a more competent opponent and improve their mental game. In 2005, he released his second book, I’ve Got Your Back, which he co-authored with James Kaplan.

He earns a salary of approximately $2 million annually

His networth is estimated at $10 million dollars