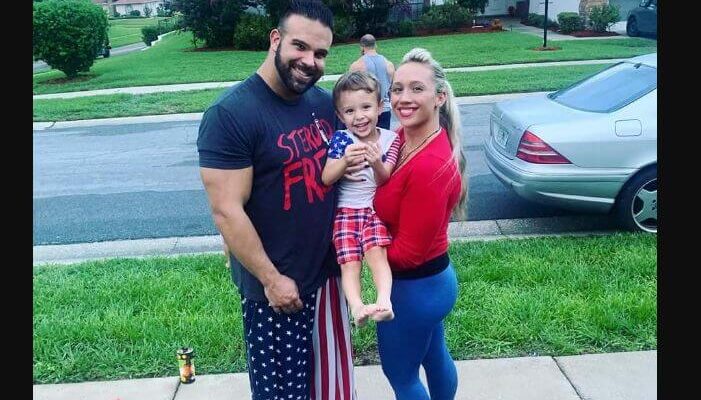 Bostin Loyd (Bostin Jon Loyd) a bodybuilder from Spring Hill, Florida is being reported to have passed away at the age of 29 on Friday, Feb 29.

Loyd was one of the first competitive bodybuilders to publicly disclose his steroid regimen. He is the winner of events like the NPC Contra Costa and the NPC California State Bodybuilding, Figure & Bikini Championships. He is the founder of the clothing company 3CC. and was an Online Trainer Specializing in Nutrition and Enhancements.

Loyd was married to fellow bodybuilder, Ariella Palumbo. She burst onto the competitive bodybuilding scene in 2011 after being crowned the overall winner of the OCB Yankee Classic. She has since earned titles at competitions like the Jay Cutler Classic and become a popular presence on Instagram with over 40k followers.

Loyd is being reported to have passed away on Feb 25, 2022, at the age of 29. His cause of death has not been made public. He leaves behind his wife, Ariella Palumbo, and son, Baby Jaxtin.

Confirming his death, Devon Palombo wrote in a tribute,  “RIP Bostin Loyd My deepest condolences go out to his family and loved ones. My friend, I’ll never forget the awesome memories I made with you over the last 8 years. Thank you for pushing me in the gym and being such a great friend when I needed you the most. I’ll miss you, brother.”

Victoria Stringer one of Ariella’s friends expressed his remorse for the sudden passing of Loyd. In a post on Facebook, she wrote, “I’m so far removed from the bodybuilding world that I used to be in, but the word just broke that Bostin Loyd has passed? Is this true? It can’t be…. I’d kept in touch with Ariella Giavanna Palumbo for years, both of us being pregnant at the same time and coincidentally naming our boys the same just with different spelling..
Ariella, I hope this is just a really bad rumor. I’m afraid it isn’t, though.”