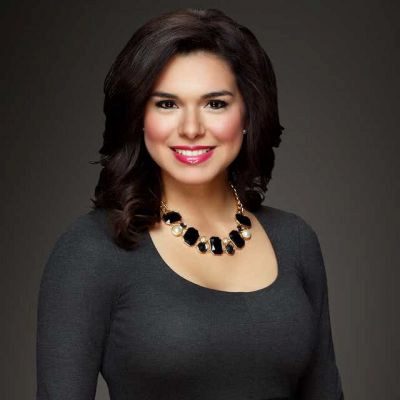 Belen De Leon is a Mexican American journalist working for NBC4 as a meteorologist on weekdays from 4:00 a.m to 7:00 a.m. De Leon was among the award-winning weather team that was awarded by WeatheRate for five consecutive years for being the Most Accurate Weather Team in Southern California.

De Leon graduated from Mississippi State University where she received her Meteorology Certification. She then received the Seal of Approval from the National Weather Association.

She is the daughter of Joe Gutierrez and Deyanira Gutierrez. She is often seen posting pictures of them on her Instagram page.

She is married to Iván De León since 2003. Her husband is a regular dancer at Grupo Control. The couple is blessed with three children.

De Leon is a journalist working for NBC4 as a meteorologist on weekdays from 4:00 to 7:00 a.m. She started her career in broadcast television over 10 years ago which was led by her passion and versatility for local news and weather.

Before joining NBC4, De Leon worked at Denver’s NBC station, KUSA-TV where she had joined in 2012. At KUSA, she served as a meteorologist of the station’s weekday and end-of-week newscasts forecasting severe weather, wildfires, and snowstorms. While at the station she became one of the most familiar faces in the community.

Prior to joining KUSA, De Leon worked at KNVO-TV in South Texas. She started as a host of different entertainment television shows afterward she transitioned to radio and news at KNVO-TV. De Leon was in Texas from 2007-2011 where she reported the weather in Spanish and English, as well as coverage of Hurricane Dolly in 2008.

Before De Leon began her career as a meteorologist, she used to be part of the Regional Mexican band, spending most of her time performing on the roads. She was part of the La Onda band which won two Latin Billboard Music Awards.

She has an estimated net worth of $2.5 Million.