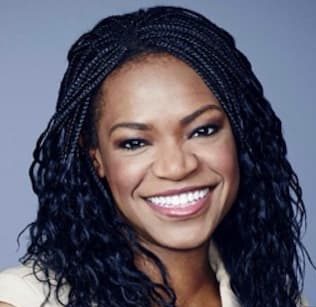 Athena Jones is an American media personality serving as a national correspondent for CNN based in New York. She was formerly a CNN White House correspondent, covering President Trump and his administration and previously served as a White House producer with NBC and reported on-air for MSNBC and NBC News and also worked as a reporter for Reuters based in Buenos Aires.

Athena is the daughter of Gaynelle Griffin Jones and Robert Jones. Her mother was a jurist and lawyer and received her bachelor’s degree from Emerson College and her J.D. degree from Boston College Law School. In 1993, President Bill Clinton appointed her as United States Attorney for the Southern District of Texas. She was the first African-American woman to serve in that position and was also the first African-American woman to serve on the First Court of the Texas Courts of Appeals. She also worked as litigation counsel for Hewlett-Packard Company and was an adjunct professor at the University of Houston Law School. Gaynelle died of cancer on March 1, 2013.

Athena has kept her personal life off the public eye and she has therefore not revealed any information on whether she is married, dating, or single.

Jones was diagnosed with breast cancer in 2012 and underwent a double mastectomy but unfortunately, the cancer recurred in 2015 and she had to undergo four and half months of chemotherapy and seven weeks of radiation. She is now cancer-free and is currently researching the drivers of and solutions for more equitable breast cancer outcomes.

Jones joined CNN as a general assignment correspondent in 2011 and currently serves as a  national correspondent based in New York. She was formerly a CNN White House correspondent, covering President Trump and his administration for all of the network’s programs and platforms and has reported on politics and on a wide range of general news stories for programs across the network from breaking news to national stories. She has covered debates over immigration reform, the Affordable Care Act, the war against ISIS and debt and budget issues, in addition to protests against police brutality, Ebola, the Covid-19 pandemic, the #MeToo movement, Supreme Court decisions, weather events and the arts.

Prior to joining CNN, Jones was a White House producer with NBC, where she wrote packages, produced story segments and reported on-air for MSNBC and NBC News. She covered the presidential campaigns of then-Senators Hillary Clinton and Barack Obama during the 2008 election cycle for NBC and the National Journal. She also served as a freelance segment producer for CNN. In addition, from 2001 to 2003, she worked as a reporter for Reuters based in Buenos Aires, Argentina, where she covered the Argentine presidential elections, the farm industry, the collapse of the country’s economy and other general news stories. Prior to Reuters, Jones reported on politics and the economy in both Chile and Argentina for Bloomberg News.

She has an estimated net worth of $1.3 million.