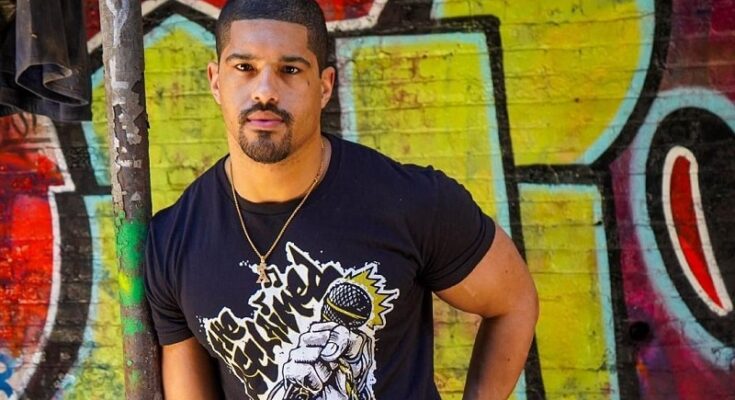 Anthony Bowens is one of the most notable individuals in the wrestling world, and despite being famous for his work in professional wrestling, his actual career expands far beyond the ring! Anthony is known for his wrestling career, as the co-host of “Michael & Anthony”, and as a model for the BMG Models agency.

Unfortunately, very little is known about Anthony Bowens’ family. However, he does have a brother named Greg.

Originally, Anthony Bowen “came out” via a YouTube video he shot with his boyfriend. In the video, he identified himself as bisexual. However, two years later, Anthony released another video on YouTube titled “COMING OUT… Again,” where he came out again & clarified that he was gay rather than bisexual. Anthony explained that (in the beginning) he was unsure of his sexuality, so identifying as bisexual just made sense to him.

However, as time went on, the title of “bisexual pro wrestler” didn’t feel quite right to him. He found himself attracted to his partner Michael and didn’t see anyone else entering his life romantically, which surely played a part in his self-realization that he was gay, not bisexual. It’s unknown how Anthony met Michael, but a gay chat room might be an option for a celebrity thinking about his bisexuality for the first time, although it could’ve been at any venue out there. What’s important is that in his announcement, Bowen made sure to clarify that while he identified as gay, he recognized that there were many bisexual individuals, and he didn’t want to discredit them by coming out as gay rather than bi.

Although perhaps not as famous or controversial as Navid Afkari, Anthony Bowens has still got himself a name in wrestling. Bowen’s wrestling career first began when he was attending Seton Hall University. By chance, he ran into professional wrestler Santino Marella, who suggested he try wrestling professionally. After training under Pat Buck in 2012, Bowen’s wrestling career began in 2013 when he joined Kevin Knight’s Independent Wrestling Federation.

After defeating Marc Corino for the IWF Junior Heavyweight Championship at the IWF 17th Annual LOUD n’ PROUD Spring Spectacular, Bowen went on to debut in WWE NXT on December 21, 2016. In 2016, he had his debut performance in Global Force Wrestling; in 2017, he debuted in Impact Wrestling. However, he currently wrestles in WrestlePro, an organization that he still wrestles to this day.

Although an exact figure hasn’t been released, Bowen’s net worth is estimated to be around $1.5 million dollars.

Originally, Bowen identified himself as bisexual in a 2018 review with People TV. However, two years later, Bowen clarified that he identified as gay, a statement that was made on the YouTube channel “Michael & Anthony.” Could’ve they met on a gay online dating site? It can’t be out of the question, as celebrities might use them to maintain their anonymity, especially if they are only thinking about coming out of the closet.

A gay dating platform is a chance to see an LGBT community without being treated as a celebrity, just a regular man looking for a boyfriend. So, even a regular person (just like Anthony’s boyfriend) can meet his famous partner online, but in this case, we can’t guarantee it happened exactly this way. Sadly, very little information is available about his personal life, but Bowen still appears to be with his long-time partner, Michael Pavano.