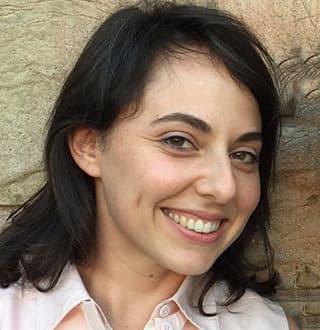 Annie Karni is an American journalist serving as the White House correspondent for The New York Times. She is also a contributor on MSNBC and NBC News.

How Old is Annie Karni

Annie was born on October 18, 1983 in Baltimore, Maryland, United States.

Annie attended Park School of Baltimore. She has a Bachelor of Arts in English from Haverford College.

Annie is the daughter of Barbara S. Karni and Edi Karni of Baltimore. Her father is Scott and Barbara Black Professor of Economics at Johns Hopkins University. Her mother is a freelance editor.

Annie married Ted Mann in 2015. He is an American journalist serving as a reporter at WSJ.He previously served as the transportation reporter for the Greater New York section of The Wall Street Journal.

Annie has no children.

Annie is a White House correspondent for The New York Times. She joined New York Post in January 2008 as a reporter until October 2012 before leaving and rejoining the network in December 2018.

She began her career as a reporter for New York Sun. She later joined Crain’s New York Business also as a reporter. In July 2013 she joined New York Daily News as a political reporter, where she covered the 2013 mayoral race and the Bill de Blasio administration. She also served as a political reporter for POLITICO, where she covered Hillary Clinton’s 2016 presidential campaign.

Annie’s salary is not public but the average salary for The New York Times Reporters is $70,596 annually.

She has an estimated net worth of $ 1 million USD.

In May 2019 Karni revealed she wore her wedding dress while covering Donald Trump’s trip to Japan as there was a strict dress code which required for journalists covering the President’s state dinner with Japan’s Emperor Naruhito to wear a “floor-length gown”.

She tweeted; “The guidance that we needed a floor-length gown for tonight’s imperial banquet came hours before my flight departed. I only own one floor-length gown. So, here I am, pooling a presidential event in my wedding dress.”