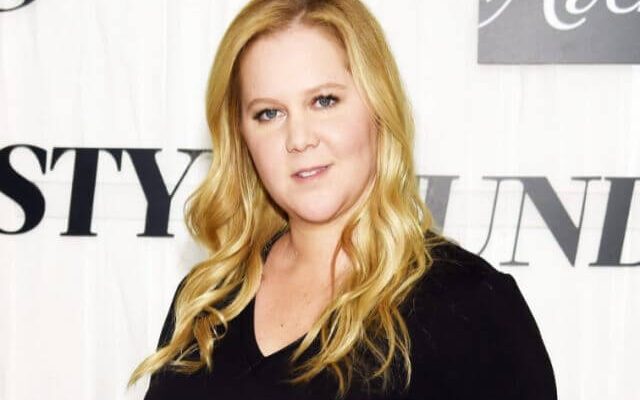 Amy Schumer is a modern comedian, actress, author, screenwriter, and television producer. Schumer’s career began in 2004 with stand-up comedy, and she remains active in the world of comedy to this day.

Nine years into her professional career, Schumer briefly dated wrestler Nick Nemeth (better known as Dolph Ziggler) for seven months in 2012. Schumer also dated Anthony Jeselnik, a well-known comedian from Pittsburgh. However, Amy did find someone who she’d eventually marry. Schumer’s assistant happened to be the sister of chef Christ Fischer. After meeting and staying in contact for a bit, the pair eventually decided to pursue a romantic relationship; Christ Fisher could not resist the actress’s curves. They got married on February 13 of 2018 and had their first child the following year.

Schumer’s parents were both active practitioners of Judaism; as such, Amy was raised Jewish. From birth, she enjoyed financial stability from her father’s baby furniture business. Unfortunately, this business collapsed when she was nine, and her parents divorced sometime after. Amy then moved to Long Island with her mother, where she finished her secondary education at South Side High School.

Amy Schumer has two siblings: a half-brother named Jason Stein and a younger sister named Kim Karamele. Schumer is currently married to Chris Fischer, a chef/farmer from Martha’s Vineyard, MA. The two have one child (a boy named Gene David Fischer) who was born on May 15, 2019.

Schumer began her career doing stand-up comedy after graduating from college in 2003. In 2007, she was in an episode of Comedy Central’s “Live in Gotham,” as well as the show “Last Comic Standing,” where she eventually reached fourth place. Schumer released a stand-up comedy album in 2011 and acted in three different movies in 2012. Her show “Inside Amy Schumer” began in 2013, running for four seasons total. In 2015, she had her first leading role in the film “Trainwreck,” premiered the HBO special “Amy Schumer: Live at the Apollo,” and wrote her memoir “ The Girl with the Lower Back Tattoo.” Since then, Schumer has had a Broadway debut (2017), released a podcast on Spotify, and released the cooking show “ Amy Schumer Learns to Cook” with her husband during the COVID-19 pandemic.