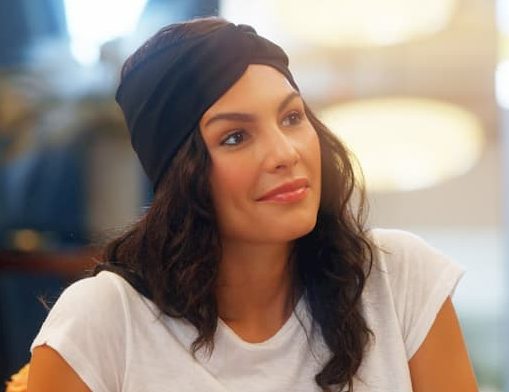 Amanza Smith is an American television personality and the CEO of Amanza LLC.  She is a realtor associate and interior design specialist at The Oppenheim Group. She was an NFL cheerleader for the Indianapolis Colts, in addition to modeling both in print and on television. She appeared on Lucky Strike Lanes billboards nationwide.

Smith has a degree in Interior Design from Indiana State University.

She is the only girl in a family of three children.

Amanza got married to retired NFL star Ralph Brown in July 2010, the couple divorced after the birth of their children. He played for the New York Giants from 2000 to 2003. He then moved between the Minnesota Vikings and Cleveland Browns, before ending his career with the Arizona Cardinals. Ralph played for the Arizona Cardinals from 2007 to 2009. He retired at the age of 30.

She said that after the divorce it was hard for her as Ralph couldn’t pay for child support.

“When I met my ex-husband he was playing in the NFL. It was pretty comfortable. When we separated, my ex unfortunately couldn’t even pay child support.”

Amanza was in a relationship with Taye Diggs, they were first spotted together in April 2014  holding hands in West Hollywood leaving Hooray Henry’s Nightclub. In June 2014 they made their red carpet debut as a couple at the BET Awards. The couple split in 2018.

Amanza Smith Deal or No Deal

Smith was one of the Deal or No Deal models holding Briefcase #8 (for two episodes to temporary replacing Lauren Shiohama who will be moving to Briefcase #12 to replace Jill Manas) before she moved to Briefcase #19 as her briefcase to permanently replace Mylinda Tov (who previously held for the first three seasons) during the show’s fourth season. In season five she was replaced by Natasha Ward while she moved o Briefcase #20 to replace Alike Boggan.

Smith is a cast member of Netfliz docusoap ‘Selling Sunset’ season 2. She is new to the show but she has been a part of Mary and Jason Oppenheim’s crew for years. What started a friendship with Mary and later Jason culminated into a new position at The Oppenheim Group. She serves as a realtor associate and interior design specialist at the office.

Smith has an estimated net worth of $1 million.