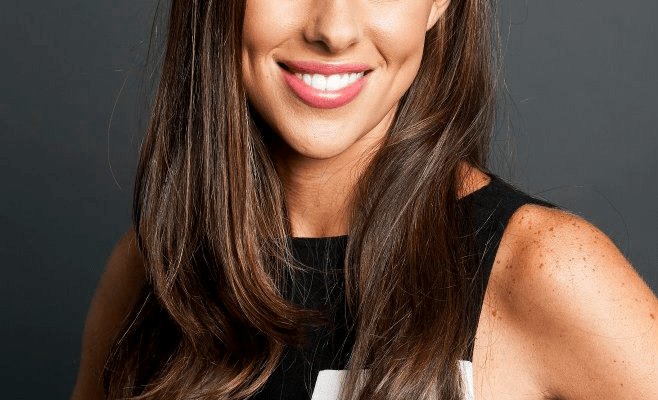 Abby Huntsman (Abigail Haight Huntsman) is an American journalist. She rose to prominence as a host on MSNBC and NBC News. She then became a general assignment reporter for Fox News Channel and later a co-host of Fox & Friends Weekend. Abby also co-hosted the ABC talk show The View from September 2018 to January 2020.

She is the daughter of former Utah Governor Jon Huntsman and Mary Kaye Huntsman.

Her mother Mary Kaye, is an American activist. She launched and developed Bag of Hope and Power in You, programs that help children and teenagers deal with the emotional side of adversity with peer-to-peer and grownup support.

Her sister Mary Anne is married to Evan Morgan, son of CNN commentator Gloria Borger. Her two brothers are both graduates of the U.S. Naval Academy, and serving active duty assignments.

Abby married her college boyfriend, Jeffrey Bruce Livingston, in 2010. Jeffrey is the principal at the private Equity firm KKR.

She has three children. She gave birth to her first born, a baby girl in November 2017. In January 2019, she announced that she was pregnant with twins; she welcomed a daughter and son in June 2019.

Abby began her career at age 16, working a behind-the-scenes position at Good Morning America. By her own admission, she disliked it so much that she contemplated giving up on television “forever”. While attending the University of Pennsylvania, she interned for Diane Sawyer. She later became a host and producer for HuffPost Live, the Huffington Post’s streaming network. She had also been a frequent guest on CNN.

In 2012, Huntsman appeared as a political commentator for ABC News in Washington, D.C. and Good Morning America in New York City. In October 2012, she was profiled in ABC News’s “Five Questions”, a part of This Week with George Stephanopoulos.

In July 2013, Abby joined MSNBC’s The Cycle, filling a vacancy created by the departure of S.E. Cupp. She was the second replacement host to join the show, after Ari Melber. MSNBC canceled The Cycle in July 2015, and as a result, Huntsman left the network

Abby joined Fox News Channel as a general assignment reporter in October 2015.She covered the news of the day across the network’s daytime and primetime programming. She was named the new co-host of Fox & Friends Weekend in December 2016. Huntsman made her final appearance as a co-host of the program on August 12, 2018.

Huntsman then joined the long-running ABC talk show The View as a co-host alongside Whoopi Goldberg, Joy Behar, Sunny Hostin, and Meghan McCain, debuting on the 22nd-season premiere on September 4, 2018. She received a Daytime Emmy Award nomination for Outstanding Entertainment Talk Show Host alongside her co-hosts in 2019. Abby announced in January 2020 that she was departing The View after two seasons to become a senior advisor to her father’s 2020 Utah gubernatorial election campaign; she made her final appearance as a co-host on the January 17 episode.

Abby has an estimated annual salary of $3 million.